I have had a whole string of Blogger tragedies today. First, I couldn’t upload photos to blogger. I decided to just write about the trip I went on yesterday and to post the pictures later. So I wrote and I wrote and then I clicked ‘publish’ and . . . I found that the town network is now blocking the post function of blogger, and I will no longer be able to blog from work. So I clicked ‘back’ to get back to my text, but of course when you click back in blogger, you go back to a blank page and everything you have written disappears. Damn. So now I will write about yesterday for the second time. This time what I write will no doubt be shorter.

Yesterday I went with Sumiko to Sakata, a city just south of here in northern Yamagata Prefecture. Sumiko wanted to see Hina dolls, because there is a special type of doll that is made in Sakata, which is only made in two other places in Japan, neither of them near here. We also did a bit of sightseeing and some shopping while we were there.

First we went to an old building that used to be an ‘entertainment establishment’ i.e. a restaurant with geisha. The second floor of that building is now being used as a Hina doll showroom. The special dolls of Sakata are made of stuffed silk, and rather than looking like a traditional handcraft, they look more like modern plushies that could be bought at a shop. Each type of doll has a special meaning, e.g. the turtle is for longevity. I bought a ‘make your own turtle’ kit, not specifically because I want to wish for a long life (although I’m not ‘not’ wishing for one either) but because I think turtles are cute. 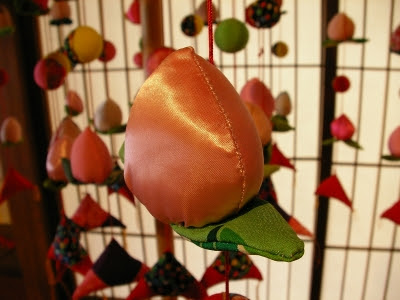 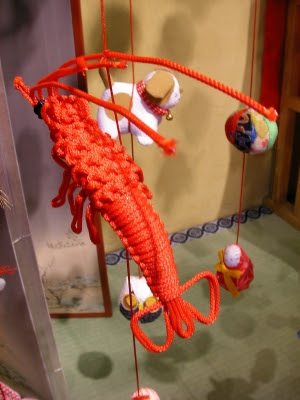 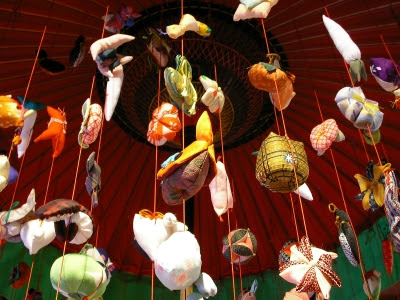 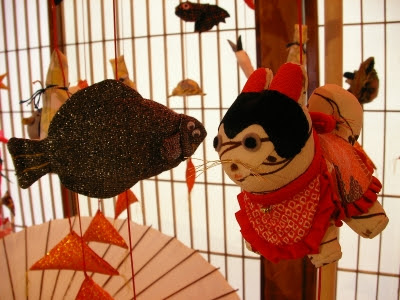 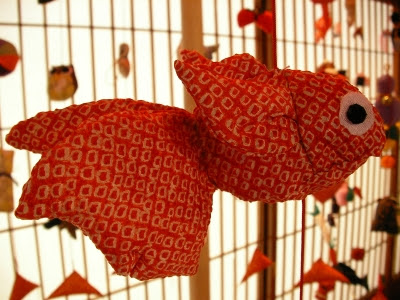 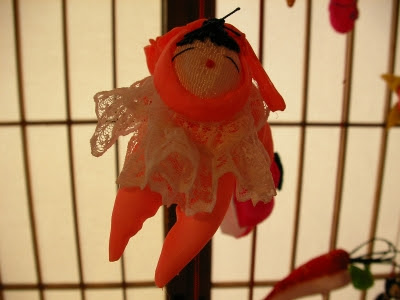 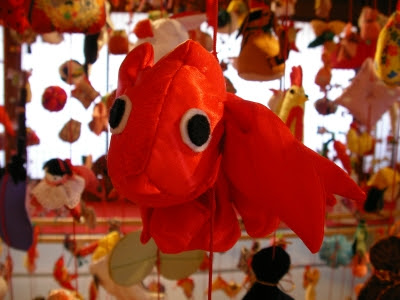 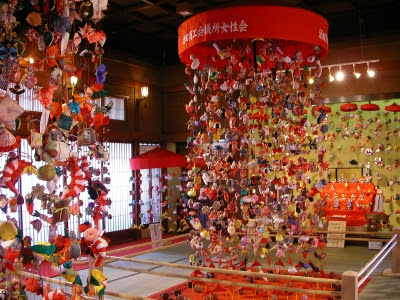 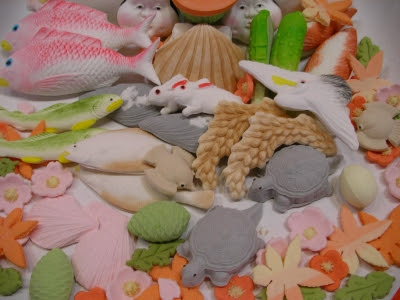 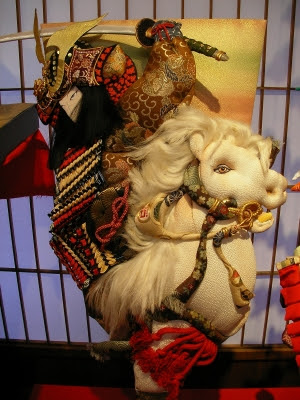 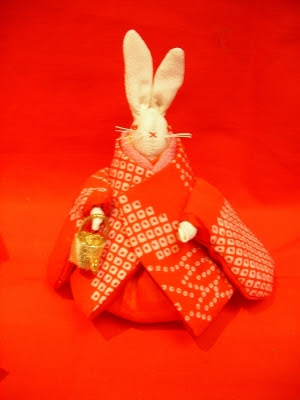 Next we went to a place that used to be the workplace and living quarters of a big shipping merchant in Sakata. I learned yesterday that Sakata was not just any port on the way from Kyoto to Hokkaido, it was the main port. Hence the town has a long and rich history. The shipping merchant was quite rich himself, too. The house was very impressive. It had a very interesting roof. It had a wood layer, a dirt layer and another wood layer (which is normal) but then on top were thousands of potato-sized rocks, which were to weigh the roof down and hold it on in the strong Sakata wind. 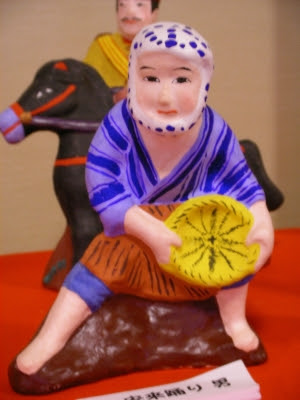 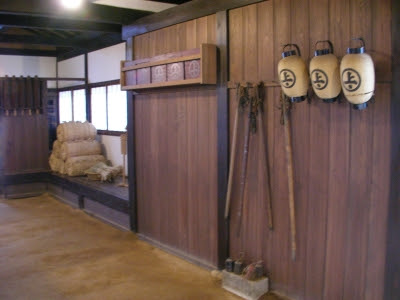 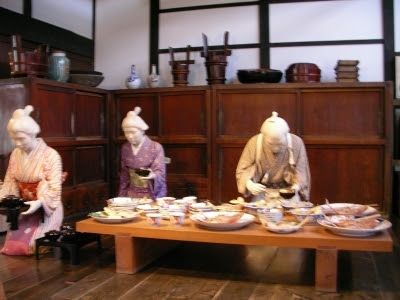 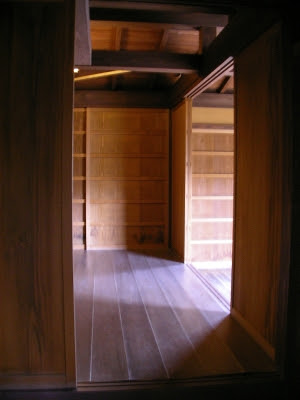 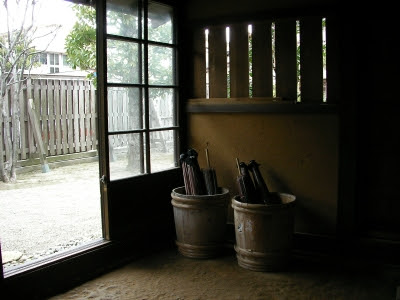 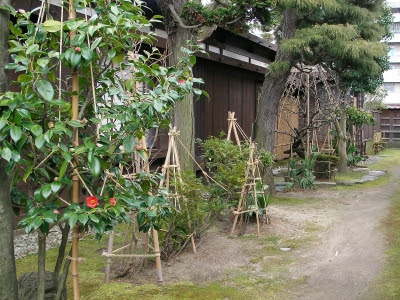 Next we went to the Honma Mansion. The Honma family were the major landowners of the area. Not only did they have the biggest property in Sakata, or even in Tohoku. Apparently at one time they were the biggest, and assumingly the richest, land owners in Japan. I guess the Emperor and the Shogun were not included in the count and that the Honma family came after them. The house was huge, and it was just a family residence. There were tea rooms next to tea rooms. Who needs more than one? I liked the kitchen. It was cavernous and stained black from centuries of cooking smoke. It felt so real. But altogether the house still felt like a house and not a palace. I think that the building was only the main one and that there used to be many more smaller buildings. Even so, I would have assumed the biggest land owner in Japan to have a bigger house than that. Maybe the Honma were so rich because they didn’t waste all their money on building huge, unnecessary palaces.

Next we went to see the old Sakata rice granaries, which are still in use. The outside is old and the inside is all new. They are situated on the riverbank, not far from the port. It was very windy and cold there. 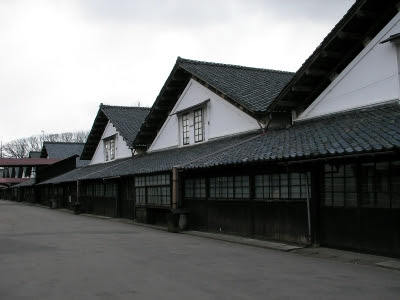 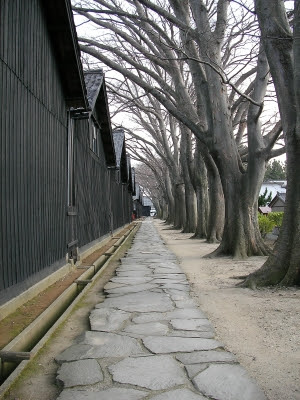 After that we lost our taste for sightseeing and went shopping instead. I “accidentally” bought a portable Panasonic USB DVD writer drive. It is tiny. It is smaller than most Discmans. Actually it is the DVD drive that was an optional extra I could have bought with my Panasonic computer two years ago had I not thought it was too expensive. Yesterday I bought it for just over half the price it was available for, even as a part of a package, two years ago. That was with a Yamada Denki customer point card discount. I love Yamada Denki.
Posted by Unknown at 9:27 pm