Wow, I have been so slack recently. I went to Tokyo weeks ago. Why am I only uploading the pictures now? Inexcusable.

First here are some pictures from the Edo Museum: 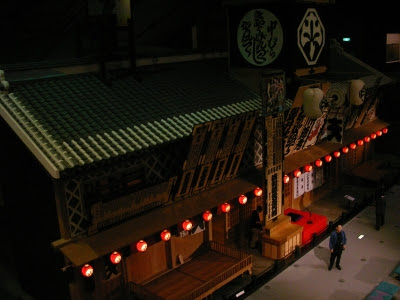 This is the Rakugo stage 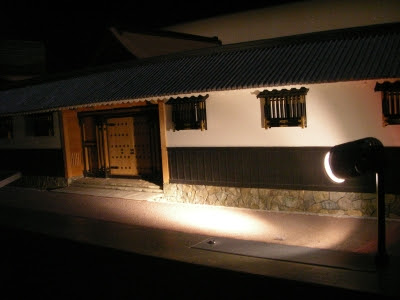 This is a tiny model of a palace that doesn't exist anymore. 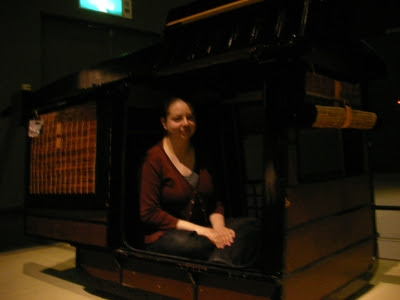 This is me in a replica of a nobleman's palanquin 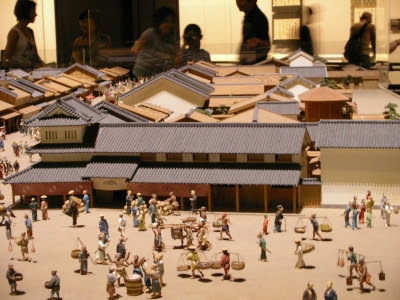 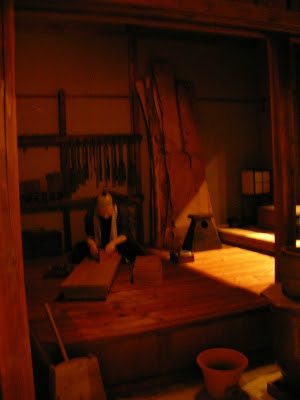 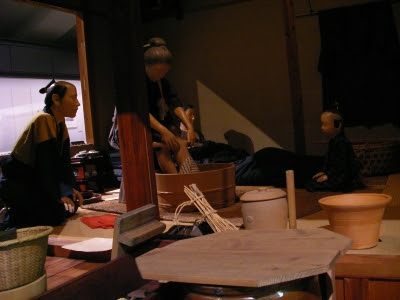 This is a full-scale model of a family in a one-room home in a nagaya building. The wife has just given birth and the grandmother is washing the newborn infant in the traditional way. 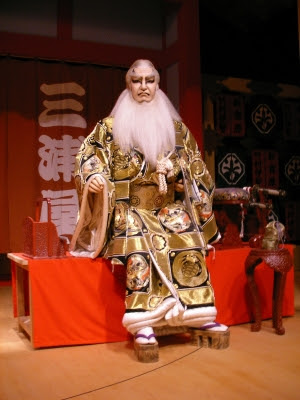 A full-scale model of a Kabuki actor 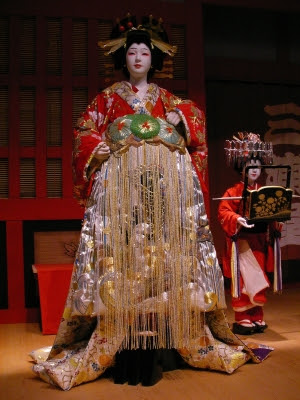 Another Kabuki mannequin. By the way like Elizabethan actors, all Kabuki actors were men. 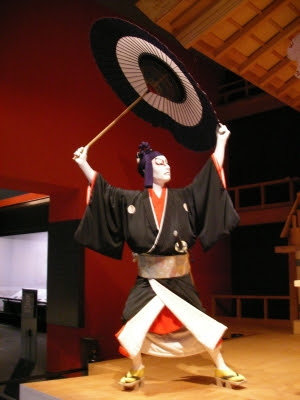 Yet another Kabuki mannequin. This guy is so cool. He was very imposing in real life (not that he's alive - you know what I mean).

Now for some pictures of the Ghibli Museum: 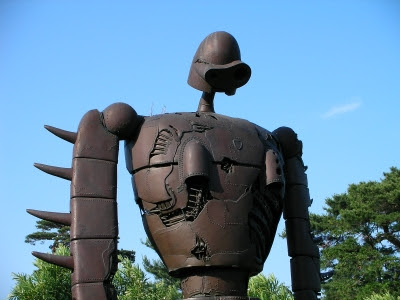 You recognise this guy Gillian? This is the robot thingie from Laputa. You can find him on the roof of the museum. 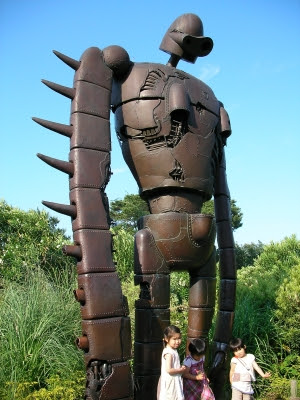 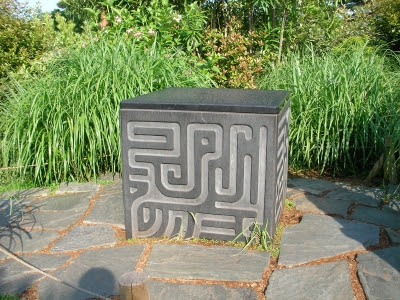 This is also from Laputa. It seems that when the castle broke up, one of the blocks landed on the roof of the museum. 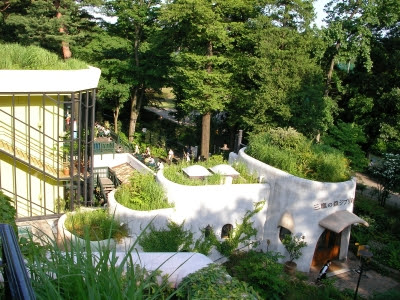 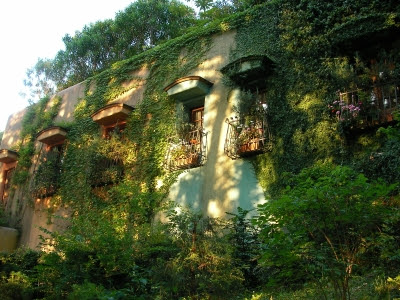 The side of the museum. Isn't it wonderful? All museums should look like this. 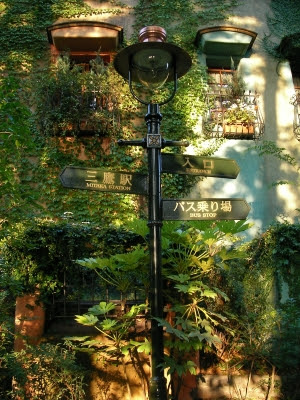 Museum sign/lamp post. I love lamp posts. I think it's a Narnia thing. 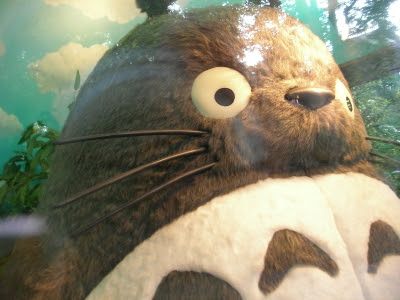 It's Totoro! Really! He is life-sized and everything.

And now for some random photos: 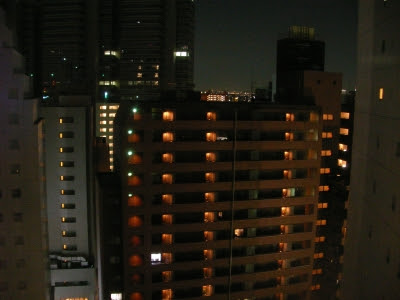 The view from my hotel room; the less garish side of Shinjuku. 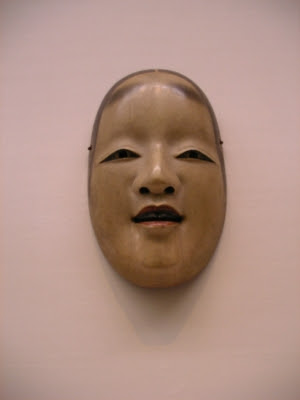 A Noh mask in the National Museum. This is the only photo I took there. I should have taken more because I was allowed to, but for some reason I just couldn't quite believe my eyes when I saw all the 'Photography OK' signs. I mean, how many museums in the world that display priceless relics of passed ages allow photography? Not many, that's for sure. 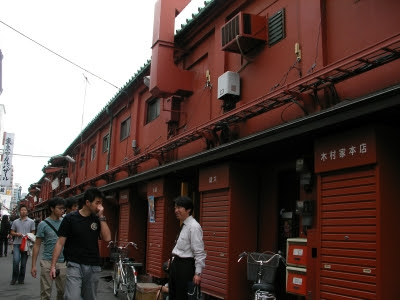 The back side of the shops that line the road leading up to that big temple in Asakusa which I keep forgetting the name of. 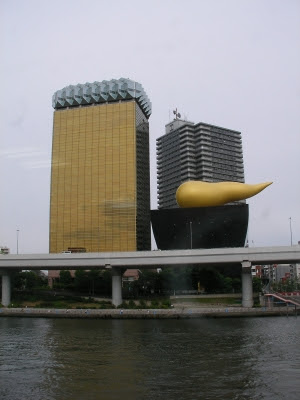 A view across the river from the Asakusa ferry terminal. Apparently this is the headquarters of a beer company, although it seems as if the building is known to most people as 'unko biru' (the poo building). That's Japanese humour for you. Incidentally, the New Tokyo Tower is going to be built near here. 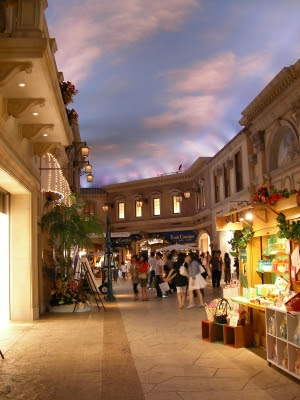 This is Venus Fort in Odaiba, the ultimate in female shopping experience (or so they say). The ceiling actually changes colour from day to sunset and back again. Umm, yeah. 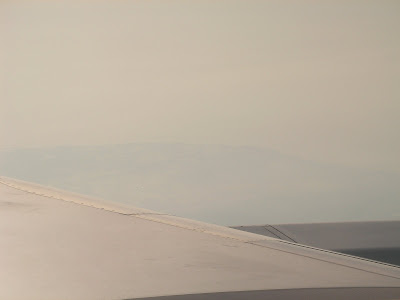 This isn't the best photo in the world but I thought I would include it because that hazy curve of land you can just see is Nikaho City. My house is down there! 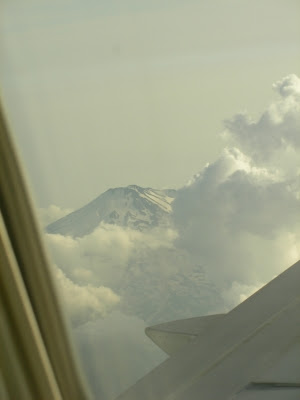 Mount Chokai among the clouds. 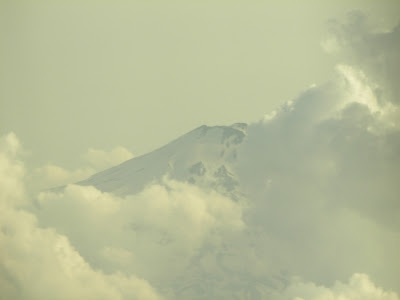 A zoomed picture of Chokai. Notice all the snow, and remember that this photo was taken in June.