The second stop on the field trip was Kuriyama Park which is up in the hills above Kisakata, not far from Mototaki. The cherry blossoms have already fallen at the coast, but at Kuriyama on Monday they were in full bloom, so that was my second full bloom this spring, with at least one more to go when Kamagadai blooms. There were many different varieties of cherry at Kuriyama Park, unlike in most areas where the only variety that has been planted is the five-petal mid-sized pale variety favoured by the Japanese. No, at Kuriyama there were miniature blossom cherries, dark pink cherries, willow cherries, eight fold cherries, and probably some other varieties I missed.

After walking around the lake we had a picnic. It was very windy so it was hard to eat, but we managed it. 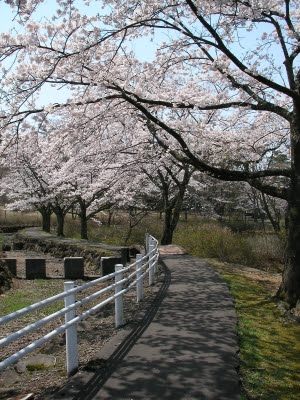 Ten years ago this was a river. 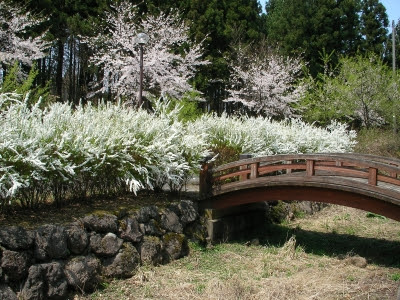 Apparently this is snow willow. 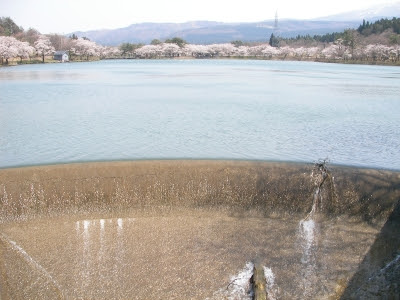 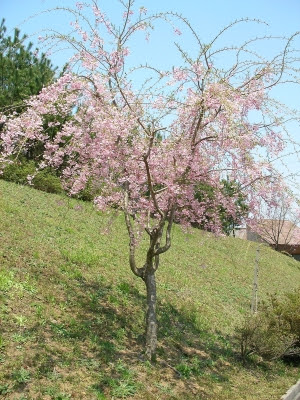 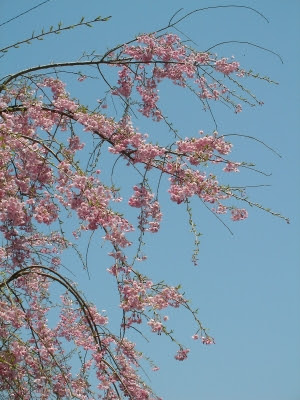 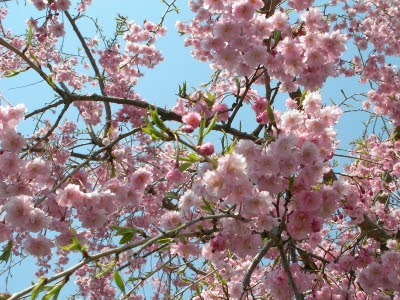 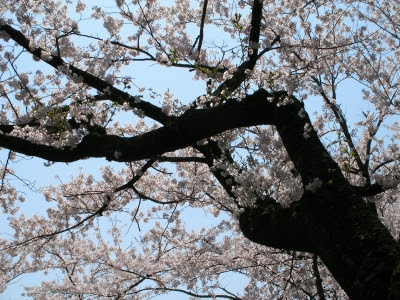 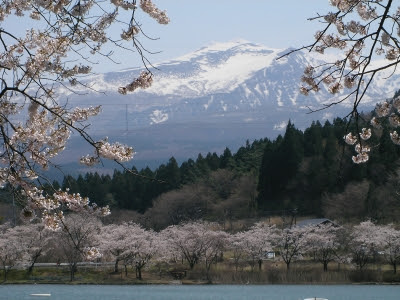 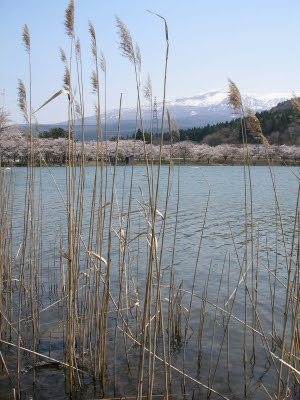