On our way north back into Akita Prefecture we stopped at Misaki Park on the border between the two Prefectures. Misaki Park contains remnants of the old road between Sakata and Kisakata. It is very narrow, only a footpath and not at all suitable to horses or carts. Apparently it was the only road between the two towns. Since it dates to a time when all peasants were confined to their village and for the most part anyone who had the liberty to travel was either rich enough to afford sea passage or was a wandering monk and so naturally would have walked, no larger road would have been needed. If anyone knows about the poet Bassho, you might be interested to know that this is his 'Oku no Hosomichi.' Bassho walked this stretch of road north to see the 99 islands of the (now non-existent) Kisakata lagoon, and when he got there penned a very famous Haiku. I recently bought a book of Bassho's poems that I haven't yet read, so no doubt I will talk more on this subject at a later date.

Anyway, this was the last stop on the field trip, and a wonderful stop it was. 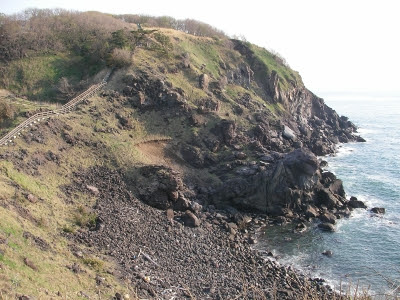 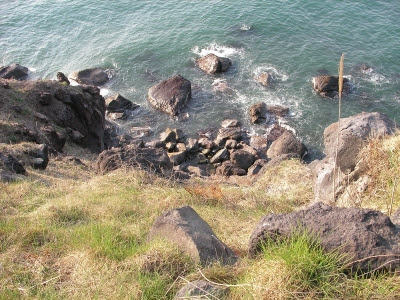 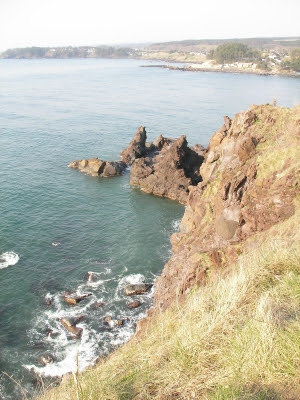 Here you can see a section of the path. It has been revamped since it was in general use to make it safe for hikers. 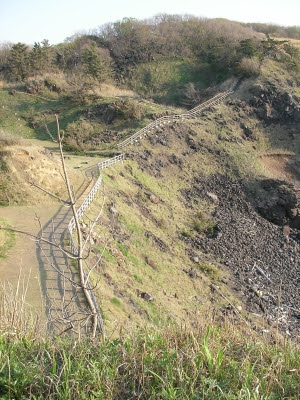 Here is a section of path in more or less original condition. As you can see, it was not made for horses. 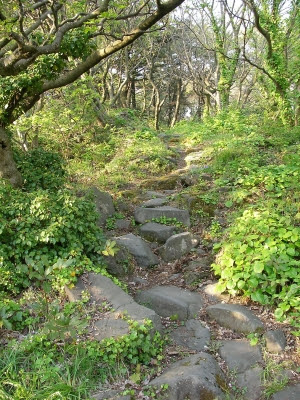 Apparently this is the footprint of Tenaga Ashinaga, the long-armed long-legged demon that lived on Mt. Chokai terrorizing the local populace until the Three-Legged Crow betrayed him and he was killed by a warrior priest. I should have put a coin next to it to show you how big it is. This 'footprint' is about 10cm long. Even if he did have exceptionally long limbs, Tenaga Ashinaga can't have been all that big a demon. The word next to it says 'foot' and was put there by an unknown carver sometime within the last 30 years. 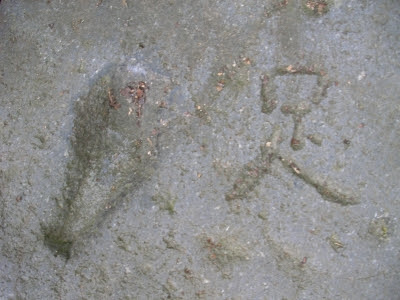 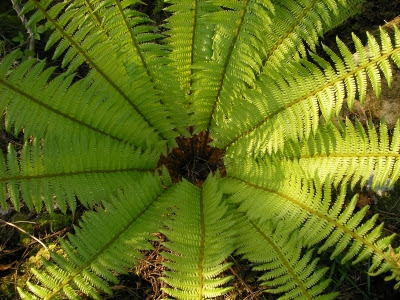 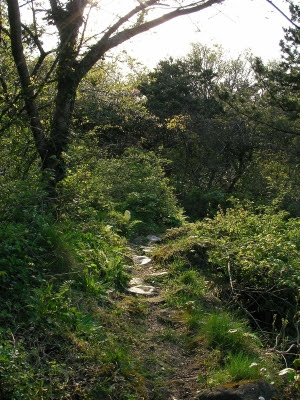 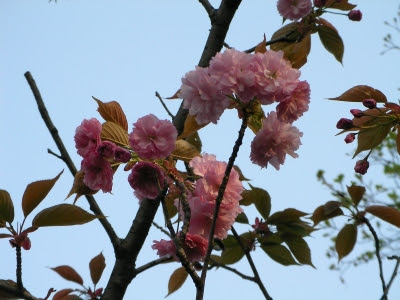 95% of the time, the macro zoom on my camera doesn't work (it's been broken since last summer) but every now and then it surprises me. 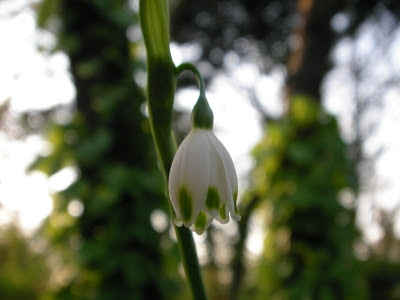